The life of Kane 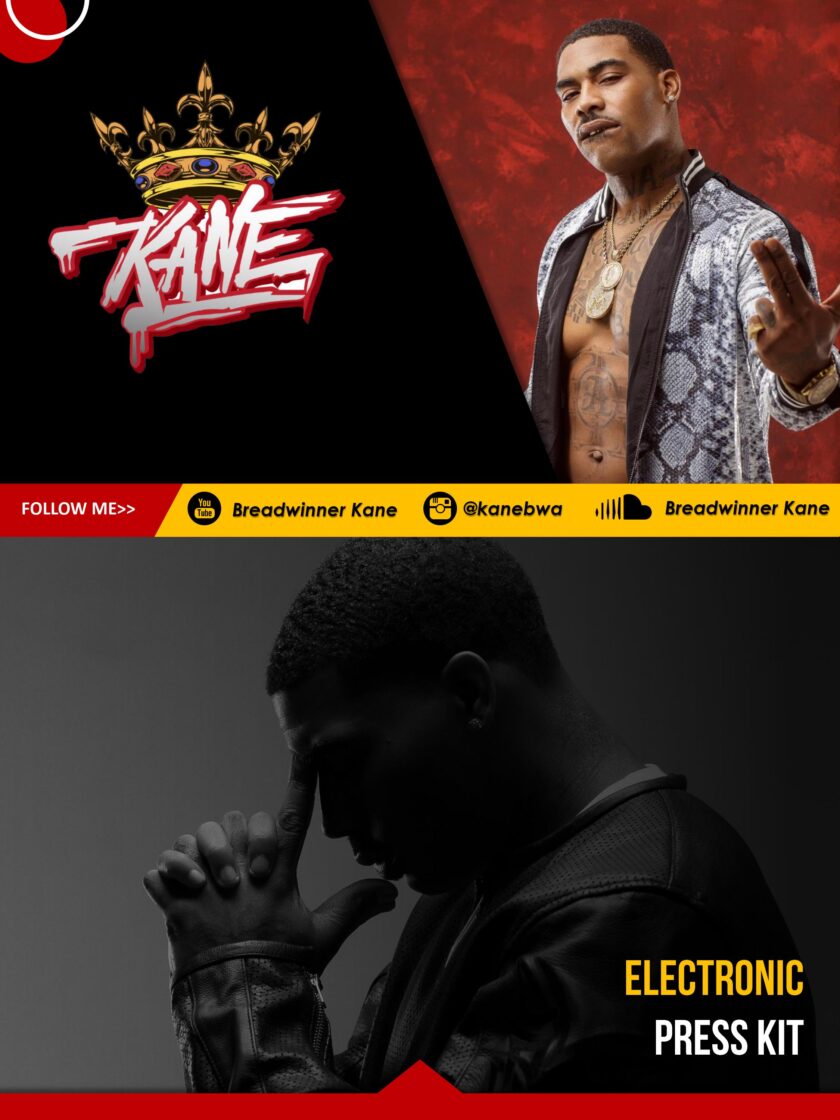 Do you understand the true meaning of the word “boss?” If the term is based off of coming up the hard way in the streets, it is defined as “one who motivates his team; someone who a team looks up to and follows because he helps them to grow and ensures that everyone eats.” These words are the law of rapper, entrepreneur, and CEO Breadwinner Kane of Artillery South.

The boss player from Huntsville, AL walks confidently in his role, as he navigated through the music industry and hustled his way to success over the past five years. Releasing fire heat for the streets like “Motion” with Kevin Gates, Zaytoven, and “Go Down” ft. Mista Myles for the ladies highlights his diverse skill set. Breadwinner Kane continues to present these lyrical gifts to the game for every listener, which can be heard on his new EP that is dropping soon, “Street Certified.”

Growing up, Breadwinner Kane was inspired by the likes of Juvenile, Lil Boosie, the legendary Soulja Slim (RIP), Scarface, Kevin Gates, Waka Flocka, and 50 Cent. Given this powerhouse as a main influence, the creative process is undoubtedly a mystery. Two things are for certain and one thing is for sure, however: the product will be a stroke of creative genius, the crowd will go crazy, and it won’t be for the faint-hearted–it’s going to be gangsta. Kane’s book as an artist began as the boss of a crew who envisioned himself in the music business.

After starting his own company, building his own studio, and investing in rappers and other talent, he was able to watch and learn the game from a unique

lens. He realized that he needed to get some things off his chest too! In the tradition of rappers/CEOs like Baby of Cash Money and Rocko Da Don, Kane is stepping up to the plate, or rather stepping to the mic, strong.

Being well connected with brothers from other mothers–such as Kevin Gates, super producer Zaytoven, and an unstoppable movement/ affiliate known as Bread Winners Association– makes Breadwinner Kane’s chances of dominating the music game far better than the average hustler who takes a chance.

Kane’s demeanor when in the limelight organically exudes a world-class player. Although he remains humble and unpretentious when on his personal time, Kane moves in a manner that commands attention in any room. When he graces your presence, there is a timeless, no-nonsense, and classic vibe that every shot caller from the West Coast to the Midwest, Dirty South, and East Coast has no choice but to love and respect. This honor is not a given, it’s earned; and this dynamic is something that has been underscored in his tracks released thus far. “Papi Colito,” “Soowoop,” and “Soulja Slim,”–an ode to  the fallen legend—are just a few of the gems that the boss emcee dropped when he entered the game.

Engaging live shows has the “Popin Fa Somin” performer grasping the attention of every major urban website, blog, and national magazine and racking up accolades. In 2014, Hip Hop Weekly Spotlighted him as one of the up and coming rappers to lookout for in their Next2Blow section. He later dropped the mixtape “Barely Famous,” featuring elite beats from Zaytoven with DJ/producer Swamp Izzo guest starring as the host. Once January 2020 hit, however, the world was presented with another side of life budding out of Alabama, after it was left vacant when the fallen soldier Doe B., a paramount influence in Kane’s evolution, left us to be called home.

Breadwinner Kane has prepared a statement in his music that will illustrate the real side of the struggle and wants listeners to consume the entire message before passing judgement. As a hustler who’s using rap as his new trap, Kane would prefer to not be simply placed in the lane of a rapper.

He has a story to tell that needs to be heard, and you’re definitely going to pay attention! Stay tuned as he consistently brings his A-game to the music scene, equipped with an arsenal of supreme players, including veteran rappers, super producers such as Zaytoven where he is teamed up to help him launch his new label positioned as an Executive at (Familiar Territory), and mega moguls, empowering him to make lasting and monumental first impressions. This is what hip hop has been missing and you need to get tuned in. 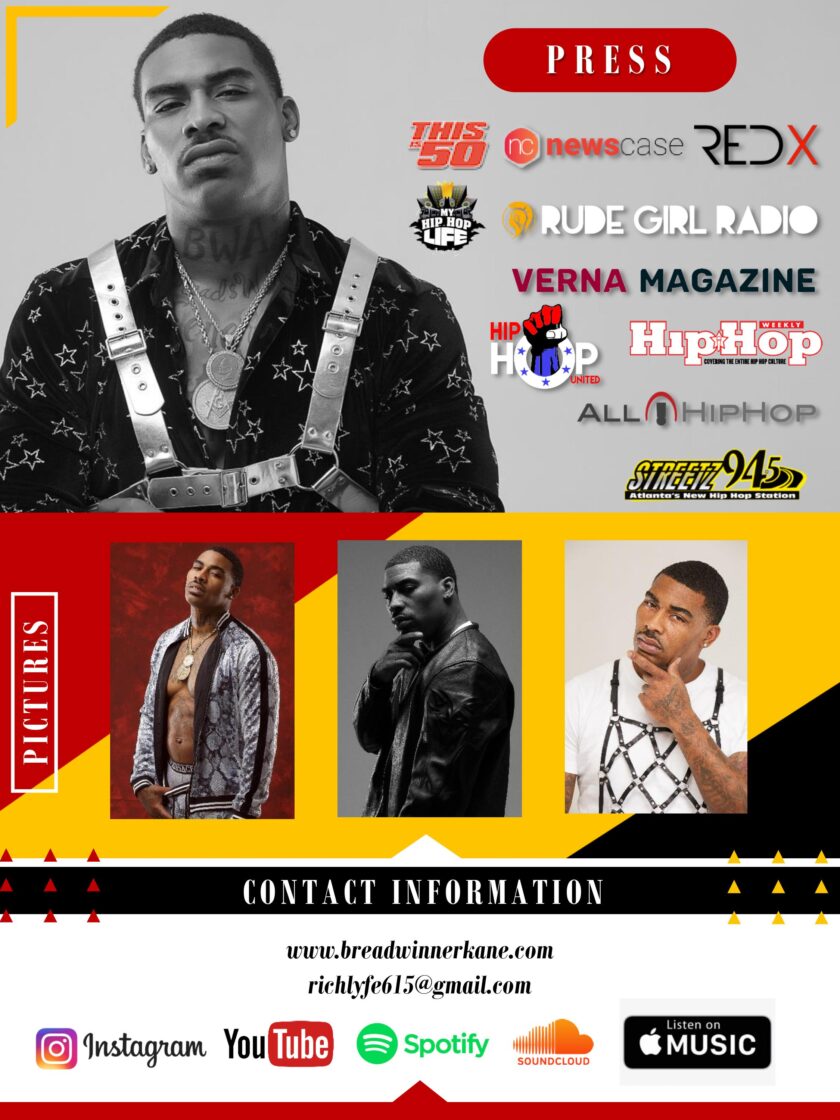